Shipping & taxes calculated at checkout.
Prices will be charged in $USD

Congratulations on going meatless! Even if you haven’t committed to the vegetarian lifestyle quite yet, congratulations for seriously considering the option enough to read this. You may not think so now, but a life full of kale and devoid of chicken is actually an incredibly exciting one.

Just take for example, all of the seemingly inexplicable changes that happen after going vegetarian. Your body won’t just change, but likely your energy levels, mood, and state of mind will transform, too.

For those of you who have made the full-on switch to a veggie lifestyle and also for those of you who are in the early stages of contemplating the transition, you’re going to want to read up on these 8 important ways in which going vegetarian changes you.

1. You may lose weight

The fluctuation in weight needs to be first on this list—not because it is most important by any means—but because we need to get it out of the way. This is a common question and yes, it is totally plausible that after making the switch to a meat-free diet, you may lose some weight. Losing weight is in no way a sole reason for which a person should become vegetarian, merely an added bonus for those looking to shed a few pounds. Also, it’s vital to remember that every body is different. Literally. Bodies react to different diets in different ways. Some people may drop some LBs, others may not. It depends.

2. You may become a wizard at reading nutrition labels and identifying potential “hazards” 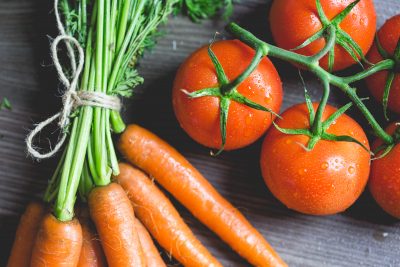 At first glance, you may think cutting out meat is rather straightforward. Don’t order the buffalo wings at Applebee’s; avoid KFC entirely. But when you commit yourself to vegetarianism, you find that there is a surprising amount of scary stuff lurking in the nutrition labels. For example, who would’ve thought that candies like gummy bears, Altoids, and Starbursts contain beef gelatin? Or to steer clear of McDonald’s entirely, as nothing on their menu—not even the fries—are one hundred percent certified vegetarian or vegan. (The French fries are fried in oil flavored by animal fat—YIKES.) You will learn to identify hidden meat sources like a pro in no time… And then proceed to be justifiably disgusted by literally almost everything.

3. You may forget to alert people of your “restrictions”

Actually, this can go both ways. Either you’ll grow really accustomed to always having to shout your status as meat-free or it will become so normalized for you, you’ll completely forget—like me—to make it known to the world. (I often find myself in catered dinner situations, the chef looking for a last-minute reassurance that none of the guests have any dietary restrictions, and having to awkwardly pipe up, “Yeah, actually, I—uh—don’t eat meat.” The chef is usually none too pleased about this.) Another time, I found myself at a company holiday party that was quite literally a sausage fest. The table ordered nothing but Meat Lovers’ dishes and since I had completely forgotten to let my entire office know that I had a “dietary restriction,” was left to awkwardly consume edamame and mixed vegetables in the corner. (Not literally.)

4. You will hear terrible stories of the meat industry and of food recalls and you will feel grateful

It’s true that E.Coli can sprout up everywhere—even say, thousands of bags of Trader Joe’s assorted frozen vegetables and fruits. But when something goes awry in the meat industry, I feel nothing but grateful for my self-inflicted meatlessness. Just this past June, a New Jersey meat company recalled 3,500 pounds of beef due to a confirmed E.Coli contamination. Also, if you don’t eat meat, you never have to worry about cooking it thoroughly enough and getting sick. If you don’t cook a vegetable stir fry enough, you won’t get sick because it’s too pink inside… Just sayin’.

5. Your belly may bloat 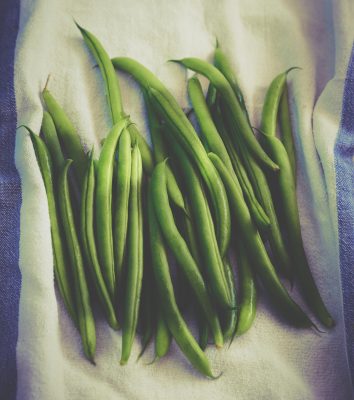 Okay, okay, so I know I previously said you may lose weight once you switch over to the #VeggieLife, but in the interests of being completely transparent with you, it’s also true that bloating is a possible outcome. Plant sources of protein contain indigestible carbohydrates, which apparently change the ecosystem of your gut. As your body becomes acclimated to the bacteria taking up residence inside of you, it may cause you to bloat and feel gassy. Eventually though, this goes away. It’s just like growing pains.

There’s a reason frequent lifters should be drinking protein shakes or eating protein bars following a workout. Once you go vegetarian, your muscles may require a longer recovery period, just because of the source from which you’re getting your protein: plants. It takes longer for the body to break down plant protein, therefore you might feel slightly more achy after your morning jog than you had felt prior.

7. Your taste buds may change—or rather, disappear entirely

Say what?! Zinc is found in fish protein and red meat and it’s responsible for the acuteness of two of the five senses: your hearing and taste. People with low levels of zinc may experience “taste impairment,” which is a fancy way of saying things may taste blander than usual. It’s estimated that vegetarians need 50% more zinc than meat-eaters do, so take extra care to make sure you’re making that happen. Which brings me to…

8. You might feel the urge to use more supplements 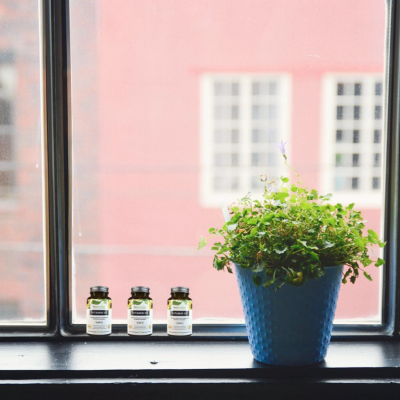 Zinc is the main one here, as vegetarians typically do an okay job of getting as much iron and B minerals as carnivores do. While it’s not a supplement, it’s also important to make sure you’re eating enough protein as a vegetarian. If you’re not, you may want to supplement yourself by trading out one of your “normal” meals for a protein shake.

What are your thoughts on a plant-based lifestyle? Let us know in the comments below!