In 1945, Grand Rapids, Michigan became the first city to take part in community water fluoridation. Increasing the fluoride content of the public water supply to 1.0 ppm was believed to have a preventive effect on cavities and tooth decay. As a result, the concept gained popularity as more and more public water systems began regulating the fluoride content of their water. By 2012, about 75% of Americans served by community water systems were receiving fluoridated drinking water.

What IS Fluoride?
Fluoride is a naturally occurring mineral found in all water sources. Depending on the geography surrounding a particular water source, some sources contain higher levels of fluoride than others. Scientists in the 1930s observed a correlation between children who consumed water with a naturally higher fluoride content and a lower incidence of tooth decay and cavities. As a result, the concept of community water fluoridation was born.

The basic concept of preventing tooth decay en masse simply by adjusting the mineral content of the public water supply seems like a no-brainer. However, over the last 70 years there have been a number of unintended consequences resulting from this practice, begging the question: should the now commonplace practice of community water fluoridation be reconsidered? 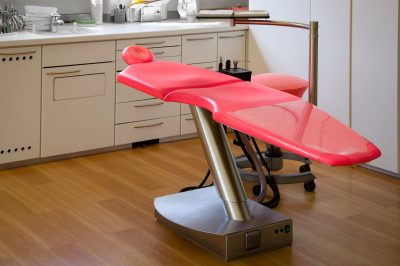 In the 1950s when community water fluoridation took hold, it was believed that the ideal level of fluoride in drinking water is 1.0 ppm. It was thought that at this level, there would be enough fluoride present to provide a benefit for oral hygiene without surpassing the threshold at which fluoride becomes toxic to the body. Today, 1.0 ppm is still the level of fluoride at which most community water systems aim. However, what has changed over the past 60-70 years is the amount of water that most people consume on a regular basis.

The Difference Today
In the 1950s, there was no such thing as a plastic water bottle. A bottle of water was not something to be purchased at a convenience store. People didn’t carry water around with them on a regular basis. A widespread focus on hydration for the purposes of improved personal health simply wasn’t a part of mainstream culture. In other words, we drink WAY more water now than we did back in the 1950s. Because of this, we are now consuming significantly more fluoride than was ever intended.

We are also exposed to significantly more sources of fluoride in addition to water than ever before. Fluoride is found in toothpaste, dental treatments, processed foods, non-organic grape juice and wine (from pesticides administered to grapes), black and green tea, food cooked in non-stick pans, certain antibiotics like Cipro and other pharmaceuticals, mechanically deboned chicken, and even fluoridated salt.

Fluoride and Our Bodies
It is important to note that fluoride is NOT an essential nutrient of any kind. There are ZERO metabolic or bodily processes that require fluoride in any form. Because our bodies don’t use it, it tends to accumulate in our bones, eventually making them porous and brittle. This process is most commonly observed (ironically enough) in teeth of all places.

Dental fluorosis is a mottling of the adult teeth caused by excessive fluoride intake during the first 8 years of life, and particularly during infancy. The teeth exhibit white spots, streaks, or splotches, and severe cases result in brown stains. In addition to cosmetic changes, dental fluorosis is also characterized by permanent damage to the enamel, which can eventually result in erosion and even crumbling of the teeth. In 1950, it was estimated that about 10% of the population would experience some level of dental fluorosis. Because some water sources were already naturally high in fluoride at the time, dental fluorosis was not seen as the fault of water fluoridation. Community water fluoridation was intended to regulate the fluoride content of water, which in some cases meant lowering fluoride levels. Currently, about 48% of children living in fluoridated water communities worldwide exhibit some level of dental fluorosis, confirming that we are now being exposed to more fluoride than was ever intended.

The problem of dental fluorosis is why parents who bottle-feed their babies are heavily discouraged from using fluoridated water to reconstitute formula. Unfortunately, this advice is rarely followed. Fluoride is quite difficult to remove from water (common household water filters such as Brita and PUR do not remove fluoride) and even many bottled water brands contain fluoride (bottled water companies are not required to disclose the fluoride content of their water). As a result, it is almost impossible to guarantee that any water is fluoride-free for the purposes of reconstituting infant formula without spending a significant amount of money on a high-end home water filtration system.

It was also found shortly after the rise of community water fluoridation that about 1% of people are highly sensitive to fluoride and will exhibit an allergy-like reaction when exposed to it. While this may seem insignificant, there are over 210 million Americans on fluoridated drinking systems, meaning that about 2 million of them will likely experience a negative reaction to it.

Because fluoride is not an essential nutrient, it is classified as a medication. As such, community water fluoridation is essentially a forceful administration of an unknown dose of medication to an entire population without consent. Seems a bit ethically problematic, no? 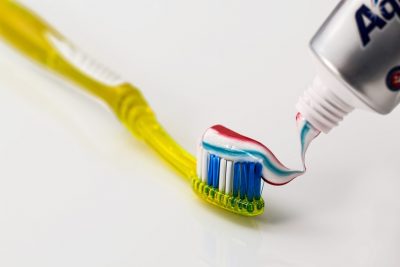 In fact, the FDA classifies fluoride as an “unapproved new drug” due to the fact that there has never been a single randomized controlled trial proving that fluoride is an effective treatment for tooth decay. Any studies that do show a connection between fluoride and cavity prevention generally involve the topical application of pharmaceutical grade sodium fluoride, the form commonly found in toothpaste. Not only has systemic application in any form (such as in fluoridated water) never been shown to be even marginally helpful for cavity prevention, it is also relevant to note that pharmaceutical grade sodium fluoride is not what’s added to our water supply.

So What Is It Then?
Generally speaking, hydrofluorosilicic acid (and not sodium fluoride) is added to our water during community water fluoridation. The fluoride that ends up in our water is a manufacturing by-product of phosphate fertilizer, taken from the “wet scrubbing” process intended to minimize pollution during the manufacturing process. What’s even more shocking is that the fluoride-containing compounds are not the only substances garnered during this process. There are other impurities present such as arsenic, lead, cadmium, and mercury that never get filtered out from the fluoride before being added to our drinking water. These by-products are classified as hazardous waste, yet are intentionally added to our water to be distributed as medication. And unlike sodium fluoride, silicon-based fluorides have not been tested for safety.

If that wasn’t enough to turn you against the practice of water fluoridation, know that fluoride exposure increases the cellular uptake of other toxic metals including lead. When fluoride is present in the blood, lead is absorbed at three times the rate. Fluoride also increases the leaching of lead from pipes, brass fittings, and soldered joints, further increasing one’s exposure to lead and fluoride alike.

What You Can Do
It is easy to see how the practice of community water fluoridation has gone from a well-intended public health service to a public health disaster. If you are concerned about your fluoride exposure, consider purchasing a water filter that removes fluoride and other toxins from your water, such as those made by Berkey or Zen Water Systems. In the meantime, consider supporting your body’s natural detoxification processes through adequate nutrition and do your best to minimize the toxic burden of both your body and your home.