The amount of anything you ingest will determine the effects. Let’s take an everyday example to explain this. I bring to you, the majestic but common banana.

People have the idea that bananas could be bad for you. This probably comes from the potassium that bananas contain. Yes, potassium can be toxic in large doses. Too much potassium in the bloodstream causes problems with the nervous system and eventually cardiac arrest if the dose is high enough.

So the question then becomes, would it be possible to eat enough bananas to cause potassium poisoning? How many bananas is too many? 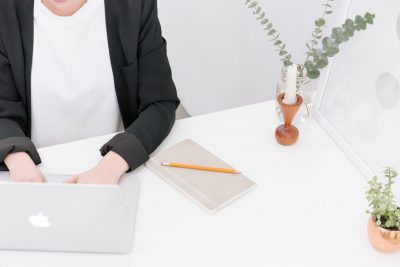 If you look up the lethal dose for potassium chloride, the oral value is 2,600 mg per kilogram. If you weigh 75 kilograms (165 pounds), you would need to consume 75 * 2,600 = 195,000 mg of potassium to reach fatal levels. That’s 487 bananas worth. Potassium chloride (KCl) is only about half potassium (K), so you might need to eat fewer bananas (containing K rather than KCl) than that to achieve toxicity, say by half. However, it is still hard to imagine that people who are healthy are going to be killing themselves with bananas. It’s hard to imagine someone eating 25 bananas in a day, much less 250.

The same idea applies to any food, drug, or liquid. Too much of anything is bad for you but how do we know how much?

We get a lot of questions about our products and our ingredients.

It is very easy to research what every ingredient in a supplement does but it is also easy to fall into the trap of believing something like “ingredient X WILL CAUSE DEATH/BLINDNESS/UNHAPPINESS/HEADACHES/ETC” because let’s face it, we all have a PhD in Googling! Yet, many don’t take into account the substance of the research they’re taking in.

We have all heard of Acceptable Daily Intake (ADI) of a food/drug/substance but what does this all mean? How is this calculated?
Well, we have to get a bit scientific and mathematical first! (Walker, 1998) 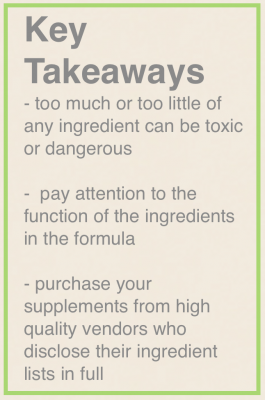 Pharmacology, the study of drugs and how they work in the body, talks about the concentration of a drug at the site of action and how that controls the effect. However, response to concentration may be complex and is often nonlinear. The relationship between the drug dose, regardless of route used, and the drug concentration at the cellular level is even more complex and this in itself is a branch of pharmacology called Pharmacokinetics.

When designing a formula and looking at the ADI, pharmacologists use graphs called ‘Dose-response’ curves. These graphs are typically graphed with the dose or dose function (eg, log10 dose) on the x-axis and the measured effect (response) on the y-axis. The effect of a supplement is dependent on dose and time, such a graph shows the dose-response relationship independent of time.

Measured effects are frequently recorded as maxima at time of peak effect or under steady-state conditions (eg, during continuous IV infusion). Drug effects may be quantified at the level of molecule, cell, tissue, organ, organ system, or organism. These curves give information like Lethal dose (LD50) which is the amount of an ingested substance that kills 50 percent of a test sample, the EC50 which is the concentration of a supplement that gives half-maximal response. The IC50 is the concentration of an inhibitor where the response (or binding) is reduced by half, the toxic dose (TD50) of a supplement or toxin is the dose at which toxicity occurs in 50% of cases, and the ED50 which is the effective dose for 50% of people receiving the supplement. All of these parameters come into play when deciding how much of each ingredient goes into a supplement, whether it be the active ingredient or an excipient.

Okay awesome, we actually use the high school math we learned all those years ago…but… it means what?

The ADI is an estimate of the amount of a substance that can be ingested daily over a lifetime without causing a health risk. It is calculated from No Observable Adverse Effects Levels (NOAEL) tests. The common definition of NOAEL is “the highest experimental point that is without adverse effect”. The NOAEL is an important part of the risk assessment. The tests are intended to embrace all the circumstances of human exposure to dietary chemicals. Hence these tests include chronic studies, sometimes with prior exposure in utero, and reproduction tests covering the reproductive phase including effects on the parental animals and the offspring.

The ADI is calculated from the lowest NOAEL in the most sensitive test and the most sensitive species, unless other data indicates otherwise, and if the reproductive, neonatal or rapid growth phases indicate particular periods of sensitivity. Factors that may not be accounted for are then covered. For example, children tend to eat more for their body size than adults. They use this information to adjust a supplement dosage so it best suits the sensitive population of children. Together, they help determine the exact value of the ADI.

So you see, before a supplement goes near the market it undergoes rigorous testing to ensure safe dosages.

The take home message is, too much of anything is bad for you.

This is why we have things like NOAEL and Dose Response Curves in pharmacology. To ensure patient safety AND ensure our supplements are effective.

WHO (1987)
WHO (1987). “Principles for the safety assessment of food additives and contaminants in food”. Environmental Health Criteria 70

Dose-response relationships in toxicology (no date) Available at: http://pmep.cce.cornell.edu/profiles/extoxnet/TIB/dose-response.htm