Welcome to the second instalment of Lee’s Kitchen Spice Series! If you missed part 1 on Rosemary, check it out here.

Cinnamon is a spice near and dear to us here at Nested Naturals since we launched our Ceylon Cinnamon supplement. Cinnamon comes from the bark of a tropical evergreen tree that is in the Laurel family. There are about 100 different varieties of cinnamon trees, but two of them are commonly used as spices. The most common, and what you typically buy at the grocery store, is called Cinnamomum cassia, and the other is Cinnamomum verum or true cinnamon. Cassia is more spicy and true cinnamon is lighter and sweeter. This spice has a very rich and long history and was written about in ancient Chinese texts as well as the Bible. Countries fought over control of cinnamon, and it was worth much more than silver!

Why is Cinnamon Good for Us? 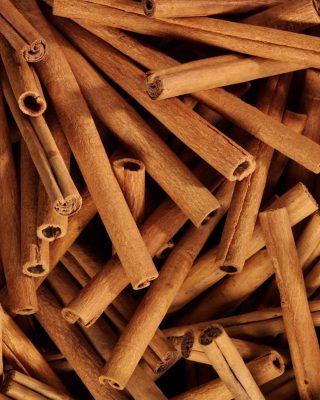 Cinnamon is warming and drying. Because of this, it acts as a stimulant and therefore helps digestion and our circulation!

Cinnamon is warming and drying. Because of this, it acts as a stimulant and therefore helps digestion and our circulation. Unlike bitters that kickstart our digestion, cinnamon is traditionally used in a spicy chai tea after the meal. It can be particularly good at helping decrease gas. It is also high in antioxidants and antimicrobial. So much goodness and so yummy!

Studies have shown that cinnamon can help with blood sugar control. Since it is speculated that one third of the population may have prediabetes and insulin resistance, this may be a very important spice to add to our diet. These studies were using amounts of 1-6 g of cinnamon a day, which is why there are supplements out there. Adding cinnamon to your cooking can also help decrease the use of sugar as it has a sweet flavour. Just don’t eat more cinnamon buns to increase your cinnamon!

I add it to coffee and other hot drinks like my homemade cocoa, oatmeal, granola, and lots of other cooking. It is even in the tourtiere (French meat pie) I make for Christmas time. Since I use it so much, I buy Ceylon or true cinnamon, as it is much lower in coumarin which can be hard on the liver for some people. For spicy dishes, you may want to use the cassia variety. I find I add much more cinnamon than recipes call for as I love the taste so much.

Since store-bought granola can be very high in sugar, I brought in a batch of my homemade granola with a lot of cinnamon. Here is my recipe. It’s definitely Nest approved, and our Digital Marketing Coordinator Allister was heard saying “this is the best thing since oxygen”! 😂

Lee’s granola tastes great on its own, with almond milk, or on top of your favourite smoothie!

Here’s How to Make It:

1.) Add ingredients to a large baking dish. Bake in a 350 F oven for about an hour, stirring a few times, especially at the beginning as oil melts so ingredients mix together well.

3.) Enjoy! And let me know how you enjoy your cinnamon!