Vitamin K2 is an essential fat-soluble vitamin that is important for blood clotting and contributes to a healthy heart, bones and immune system. Not many know of Vitamin K2 until they have their first child and the nurse administers a Vitamin K injection. Say what?!

Fun fact: For more than 20 years, all newborn babies have been given Vitamin K at birth, by injection. Reason being? Babies have very little Vitamin K in their bodies at birth, and VK does not cross the placenta. Vitamin K’s number one role in the human body is blood clotting, something so crucial in newborn babies to prevent bleeding in parts of the body, such as the brain.

Now, there are several types of Vitamin K2 and we have picked the best for you. Vitamin K2 is a more absorbable form of Vitamin K found in certain fermented foods such as chickpeas, and is used by soft tissues, bones, your heart and more.

So, why is Vitamin K2 so important anyway?

Research has shown that Vitamin K2 is one of the most important nutrients for long-term bone health and that is it even more important than calcium! 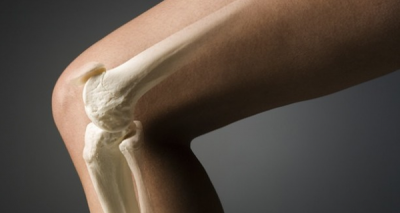 Cofactors = optimum nutrition. For one nutrient to work its magic, it needs cofactors in the right ratio to flourish. With that, Vitamin K2 is cofactor needed by Magnesium and Vitamin D3 to avoid calcification of the arteries.

There are several well-documented studies that show a correlation between higher Vitamin K consumption and lower risk of certain cancers:
European cohort study showed that K2 may reduce risk of prostate cancer
It is also shown to reduce the risk of and halt the growth of hepatocellular carcinoma, a dangerous type of liver cancer
It impairs the ability of cancer cells to stimulate tumour growth
Stops the proliferation of cancer cells 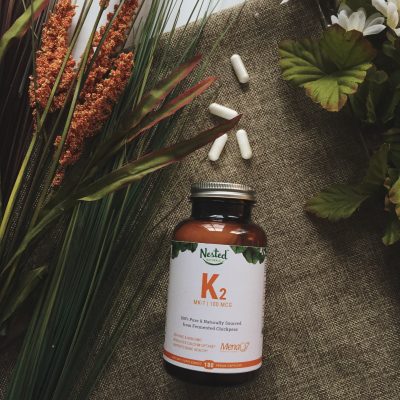 Some fascinating new research showed that the same process of Vitamin K2 preventing artery calcification might also make it beneficial for protecting the brain against Alzheimer’s. HUGE news! What that means is that Vitamin K2 helps prevent excess calcium in the body (including the brain) that accounts for some of the damage from Alzheimer’s.

In short, Vitamin K2’s biological role is to help move calcium into the proper areas in your body, such as our bones and teeth. On top of that it has longevity properties by nourishing the cardiovascular system. Another reason to join the health conscious community in pursuit of optimal health and vitality, one nutrient at a time!